As part of our continuing work to make sure that Great Rollright school is as inclusive, welcoming and friendly as possible, we decided it was time to train some ‘Anti-bullying Ambassadors’.

The children in The Mountains Class were given some information about the role and told that they could apply to undertake the special training if they felt passionately that this was something they could really help to make a difference with.

Eight applications were received and included comments such as these below – 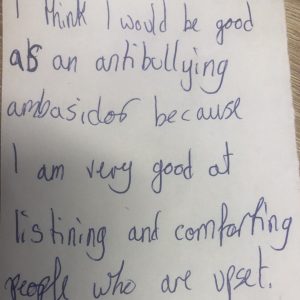 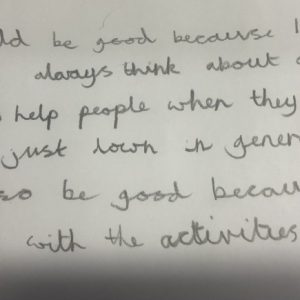 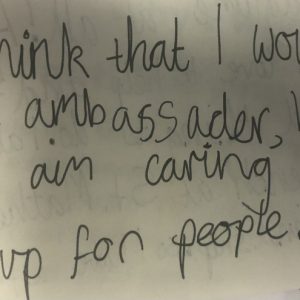 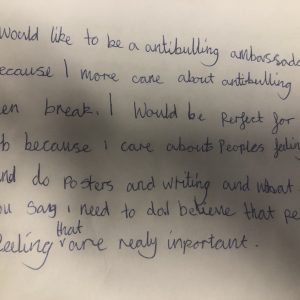 All eight children were chosen to complete the training which took place over two afternoons in the school library, using a virtual training package from Oxfordshire County Council. The training gave everyone lots of important information about the types of bullying and the impact it can have on individuals. 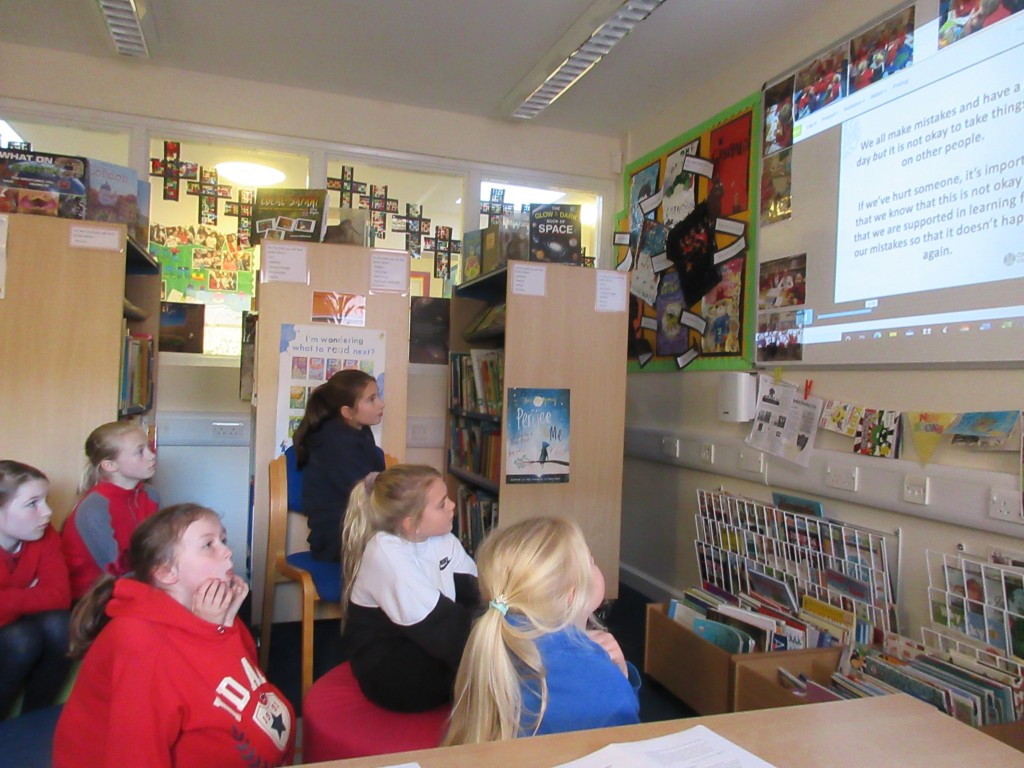 At the end of the training session, the eight volunteers made an Action Plan of things they felt were important to achieve in school. These included running a virtual assembly to introduce themselves to the school, a poster campaign to raise awareness of bullying behaviours and setting up a ‘safe space’ outside where children could go for help and company.

Watch this space as the ambassadors begin to carry out their work in schools!

Thank you to everyone who volunteered to give up their time to support others and our ‘No Outsiders’ campaign. 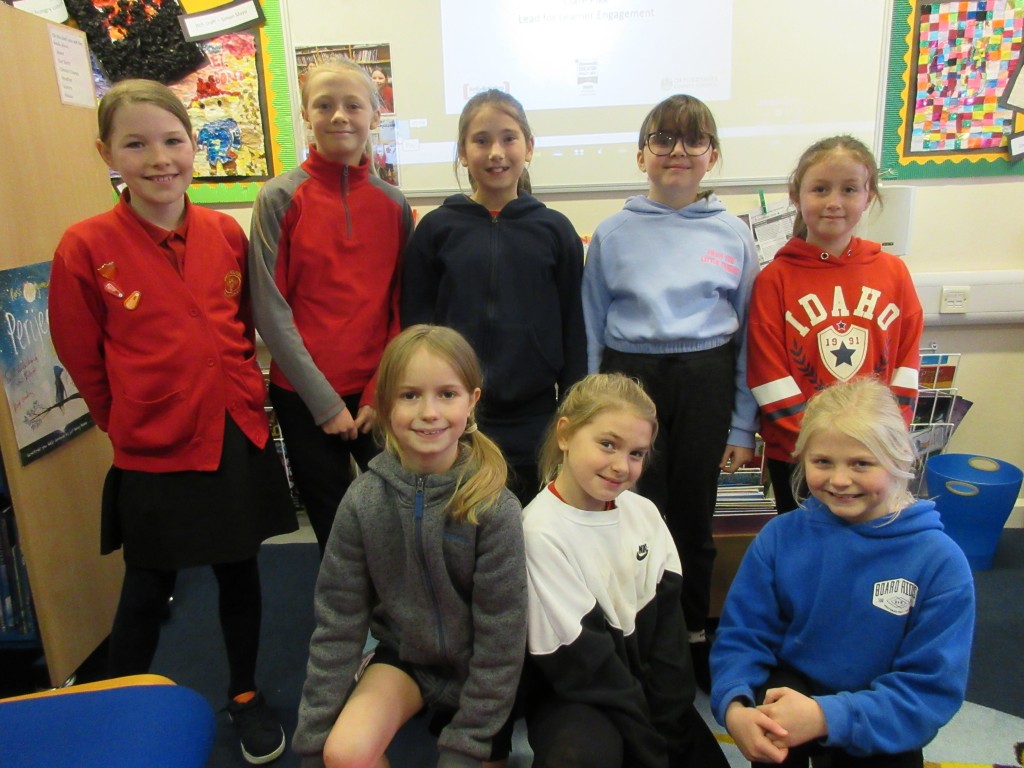