In science lessons in Mountains class, we are learning about forces. So far, we have learnt that:

Today we planned an investigation to find out which surfaces produced the most friction! 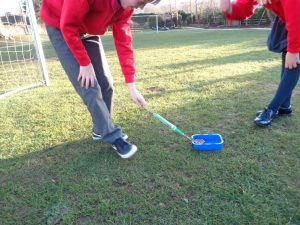